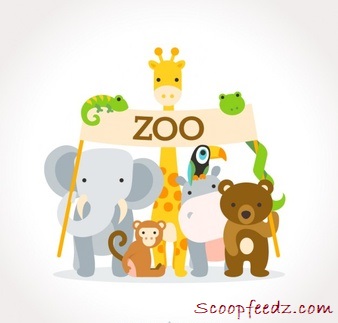 Learn All About the Essay on Zoo, here we discussed in detail about the zoo and its importance for wildlife. Cities are being built by cutting down trees. The zoo comes into pictures for the preservation of wildlife.

The number of zoos has increased, where you can different types of wild animals such as Tiger, Lion, Elephant, Giraffe & more. The zoo is located in many cities in India.

The largest zoo in our country is Calcutta. Delhi’s zoo is one of a kind located at old fort of New Delhi, where animals and birds of different breeds are kept for display for the public.

The animal is among the most wonderful creations of God. Many animals can live with us as pets such as cat, dog etc. Wild animal and birds are generally seen in forests. A zoo is home to many animals and birds living together in perfect harmony.

A conducive environment is needed for wild animals, so naturalistic conditions are created in a zoo to make the animals comfortable and survive for long.

As of now, India has 64 large zoos and 194 medium-sized zoos. A student can learn a lot by visiting a zoo, about the various species of animals and birds that inhabit nature.

A central zoo authority of India, who is responsible for managing Wild life sanctuaries, should take initiative to develop more and more zoo to preserve and protect the wild animals from illegal poaching and trading.

A Visit To A Zoo Essay | A Trip to the Zoo

Students and kids are generally enjoyed visiting the zoo. I, with my classmate, went to see the zoo last Sunday. We bought tickets, as soon as we entered the building, we felt as if we were in the thick forest.

We saw many wild animals such as lions, tigers, wolves, panthers and hyenas. They were roaring and grumbling. We had seen several other birds, such as a lark, wood-peckers, and peacocks.

There were many crocodiles and ducks in the big tank, big elephant and monkeys. The elephant was trumpeting.

We got closer to the wild animals, get a lot of knowledge about wild animals and birds. Having seen all section of the zoo, we returned to our home with a lot of information about wildlife.

Last Sunday we had nothing to do. There was no home-work for us and no busy schedule for father. We asked him to take us to the zoo, he agreed.

Our family members, my mother, father, sister and I, we all were excited to see the zoo, a closer look at wildlife, and that will be an amazing experience for all of us. But we thought of inviting a few more friends. ‘The more, the merrier’, said Ravi and five more members joined us.

We walked in groups. Our parents formed in one group, the boys another and the girls the third. When we entered the gate it was difficult to decide which way to go first.

Gopal wanted to see the tigers and lion first. But father said that it was more interesting to see them being fed. They were generally fed them in the afternoon.

The boys won and we began with the monkey house. There were different kinds of monkeys, big, small, brown and black, quiet and noisy.

They were climbing up and down their cage and making funny noises. A black monkey was the noisiest. The boys incited him and this made him very angry. He picked up a handful of dust and threw it at them. This made us all laugh.

The next moved to the stag corner, there were a lot of them, some with branched horns, and some without any. We offered them twigs. They came near us without fear. But these quiet creatures didn’t interest us much.

Next, we moved to the snake corner. The smaller snakes were coiled in a corner, the bigger ones seemed to be fat asleep. They were interesting creatures.

The went to see Big rhinoceros(rhino), it covers itself with mud, a little girl threw a stone at it, the rhino makes some strange noises, got up and went into the pound.

Then we had seen a beautiful white tiger, the stripped and spotted one, the lion and the lioness playing with their cubs, walking up and down in their cages. Their keepers giving them pieces of meat, they ate them greedily.

Then our next move was to see the elephants the largest mammals, some elephants with tusks and few are tuskless. We also enjoyed a ride on an elephant.

The sun was over our head. It was getting very hot, we were thirsty. Ravi had a headache, and then we decided to take rest for some time.

After taking rest we had some refreshment. We were too tired to keep moving. We decided to see the rest of the animals sometimes later. Overall it was a thrilling experience for all of us.

More @: Essay on Picnic with family

Essay on Scene of Election Booth in INDIA6 Total Shares
Essay on Journey by Boat for Class for 3, 4, 5, 6th & More5 Total Shares